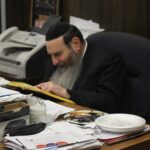 Rabbi Menachem Davidowitz is a Talmid Muvhak of HaRav Henoch Leibowitz ZT"L. He received s’micha from Yeshivas Chofetz Chaim in 1973. In 1974, he opened the Yeshiva of Rochester, together with Rabbi Dovid Harris, and continues to serve as the Rosh HaYeshiva. During that time, Rabbi Davidowitz has taught many talmidim who have gone on to become Roshei Yeshiva, Maggidei Shiur, Rabbanim and community leaders across the globe. As he quietly molds group after group of young Torah scholars in this humble city, his handiwork is continuously changing the world around us. He is so close to his talmidim that one can often hear the sentiment that "We are in Rochester because of Rabbi Davidowitz, and if he were to leave, we would follow him wherever he would go." 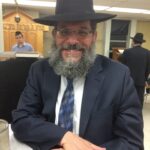 Rabbi Baruch Davidowitz is a close talmid of Harav Henoch Leibowitz ZT"L. He received s’micha from Yeshivas Chofetz Chaim in 1981. He served as the Menahel and Maggid Shiur in the Yeshiva for a combined 35 years. In addition, Rabbi Davidowitz is the Rav of K’hal Bnei Yeshivos, a local congregation comprised primarily of Yeshiva alumni. His wisdom, clarity and incredible seichel hayashar infuses the Yeshiva with an air of prominence, motivation and diligence. His many past talmidim often contact him for words of guidance, while his current talmidim benefit from the private sedarim that they set up together, as well as from his penetrating shmuzim. 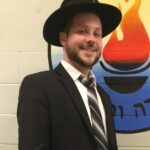 Rabbi Yoni Polatoff came to the Yeshiva as a ninth grader. After graduating in 2004, he went on to become a prominent member of our Bais Medrash and Kollel. In 2015, he became the Assistant Menahel of the Yeshiva as well as the eighth grade Rebbi of the Yeshiva's cheder Derech HaTorah. Rabbi Polatoff is a dynamic and beloved member of the Hanhala. He has filled the Yeshiva with a love and energy for each talmid's growth in Torah, ruchniyus and middos. His talmidim leave his shiur thirsty for more Torah and his office is constantly filled with bochurim seeking his eitza and chizuk. 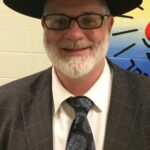 Rabbi Chaim Dov (Danny) Goldstein has been a member of the Yeshiva since the ninth grade. He went on to become one of the prominent members of the Bais Medrash and Kollel. He received s’micha in 1999 and began giving the tenth grade shiur. He then served as Menahel for the next 14 years. Rabbi Goldstein continues to act as our Secular Principal. His Ahavas Yisroel is so prominent that one immediately feels like he is his closest friend. His sincere love of the talmidim manifests in his attention to the academic success of each student, his one-on-one learning sessions and the extracurricular programs that he runs in the Yeshiva. The Yeshiva is very fortunate to have a true Talmid Chochom as its Secular Principal. This allows us to properly guide our talmidim through their years of yeshiva and upon graduation. 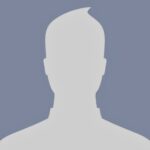 Rabbi Shlomo Noble graduated from our Mesivta in 1984. He learned in our Bais Medrash for about three years and continued on as a prominent member of the Bais medrash and Kollel of Yeshivas Chofetz Chaim of Queens. In 1995, he received s’micha from Yeshivas Chofetz Chaim in Queens, NY. He has been a Rebbi in the Yeshiva of Rochester for 20 years. Rabbi Noble is known for his deep analytical approach to the Gemara, and instills that quality into his talmidim. He encourages his students to maximize their potential. Through his commitment as a Rebbi, he establishes a relationship with his talmidim that lasts many years beyond high school. The admiration that his talmidim have for him is proof of the great hatzlocha that he has had as a Rebbi. 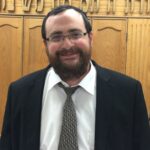 Rabbi Michoel Abrahamson has been giving shiur in the Yeshiva for the past 10 years. He attended our Bais Medrash for about three years. He then learned in the Bais Medrash of Yeshivas Chofetz Chaim of Queens and later became a distinguished member of their Kollel. He received s’micha in 2004 from Yeshivas Chofetz Chaim. He is a caring, thoughtful and encouraging Rebbi. He works with each individual student to help develop their strengths. The patience and dedication that Rabbi Abrahamson brings to the classroom will amaze and inspire even the most seasoned Menahalim. His care for his students is also manifest in the fact that he makes it his business to play in our weekly basketball games. 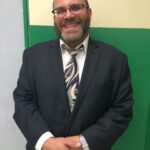 Rabbi Avrohom Berenstein joined TIUNY as a ninth grade student in 1984. After graduating, he learned in our Bais Medrash and Kollel until 1999. He received s'micha in 1999 and then took the position of ninth grade Rebbi. Rabbi Berenstein's dynamic, energetic and outgoing personality inspires and motivates his students. He is a warm, patient, dedicated and caring Rebbi. The constant stream of compliments and thanks for Rabbi Berenstein's work from both students and parents is a testament to his incredible abilities as a Mechanech. 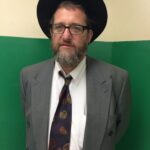 Rabbi Sroya London came to our Bais Medrash in 1992. He joined the Yeshiva's Hanhala as the Chumash Rebbi in 1996 and became the Mashgiach of the Mesivta in 1999. Rabbi London deeply cares for our student’s ruchnius and gashmius needs. This care is most prominently manifest in his extra curricular learning programs (especially his amazing Parshas HaShavuah Program), lengthy nightly discussions and weekly trips that he provides to our bochurim.